There are 3 artists with this name. 1) An emo hardcore band from Czech Republic 2) A German 19th century philosopher. 3) A German composer from Munich, Germany. 2) Karl Heinrich Marx (May 5, 1818 â€“ March 14, 1883) was a German philosopher, political economist, historian, sociologist, humanist, political theorist and revolutionary credited as the founder of communism. Definitely on of the greatest theorists in the history of economics. His monumental 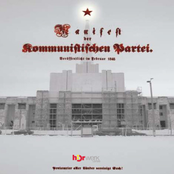