John Popper (born March 29, 1967 in Cleveland, Ohio) is the frontman and a founding member of the jam band Blues Traveler. He performs harmonica and vocals. He is widely considered a harmonica virtuoso, and is listed by harmonica manufacturer Hohner as a "Featured Artist", an accolade reserved for only the best and most successful harmonica players. He frequently works as a guest musician for other bands. He has known to have performed with Dave Matthews Band, Karl Denson, and even with the Hungarian Ambassador to the United States. 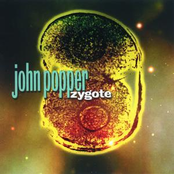