Joe Hill Louis (September 23, 1921 – August 5, 1957) was an American singer, guitarist, harmonica player and one-man band. He is significant, along with fellow Memphis bluesman Doctor Ross, as one of only a small number of one-man blues bands to have recorded commercially in the 1950s, and as a session musician for Sun Records. Louis was born Lester (or possibly Leslie) Hill on September 23, 1921 in Raines, Tennessee. His nickname “Joe Louis” (a famous boxer) arose as a result of a childhood fight with another youth.

The Be-Bop Boy with Walter Horton and Mose Vinson 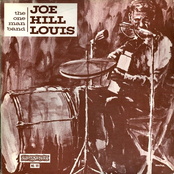 The One Man Band