Jody Miller (born Myrna Joy Miller in Phoenix, Arizona, on 29 November 1941; died 6 October 2022) was an American country music singer. Raised in Oklahoma, Miller was discovered by actor Dale Robertson and began her career in the early 1960s as a folk/pop singer in the Los Angeles area and appearing on Tom Paxton's television series. She released her first album on Capitol Records in 1964 and had a modest pop hit that year with "He Walks Like a Man". 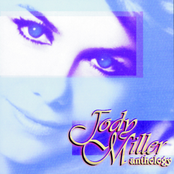