Jenny and Johnny are an American duo consisting of singer-songwriters Jenny Lewis and Johnathan Rice. An album, I'm Having Fun Now, was released in 2010. The duo first started working together in Los Angeles in 2005, after being introduced by Conor Oberst. Rice had traveled to Nebraska to make his first record before moving to L.A., where Lewis was beginning work with Mike Mogis on her solo debut Rabbit Fur Coat. They both ended up playing on each other's recordings, and struck up a lasting creative relationship. 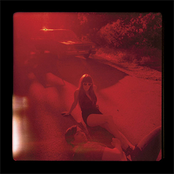 Jenny Lewis with The Watson Twins