Artist Info: Jaron And The Long Road To Love

Here is some background information on Jaron and the Long Road from Songfacts.com. Jaron Lowenstein is an American Country singer-songwriter who was formerly one-half of the folk-pop musical duo Evan and Jaron, a pairing with his twin brother Evan. Now recording as Jaron and the Long Road to Love, he released his debut single Pray For You to Country radio in November 2009. When the song entered the Hot 100 on the chart dated April 10, 2010, it was

Top Albums Jaron And The Long Road To Love 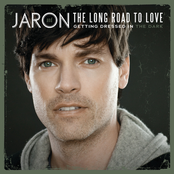 Getting Dressed In The Dark