The late Jimmy Griffin was an influential member of the 70's soft-rock group, Bread. He was the other major songwriter and vocalist, often teaming up with Robb Royer for songwriting. Royer was one of the original members of Bread, forming the group along with Griffin and David Gates. Royer left the group after their third album but continued to write with Jimmy. Although Jimmy's songs were never chosen as singles, he wrote many memorable tracks 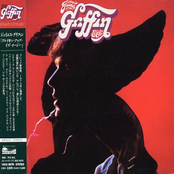 Breakin Up Is Easy