James Bonamy was a country music singer in the middle of the nineties. He released two albums for Epic/Sony Records Nashville and had Four Top 40 hits. These hits were the Number One hit "I Don't Think I Will" and "She's Got A Mind Of Her Own" and "All I Do I s Love Her" from his "What I Live To Do" album and "The Swing" from his second and last album "Roots & Wings." 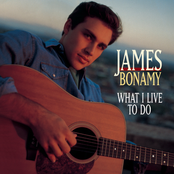 What I Live To Do 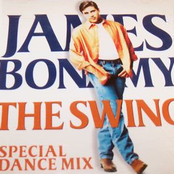