Artist Info: I Warned You

I Warned You is a metalcore / death metal band from Karlovy Vary / Czech Republic. In september 2011 they release their first selftitled demo. In 2012 Frank left the band due personal problems and was replaced by MĂˇza. In fall of 2012 the band released their first full-length album, named Breathing The Scarlets, including ten songs. In a present time, IWY are about to release their second album, called HOODS OF INCOMPLETE (fall 2014) Watch I Warned You on other profiles :

Top Albums I Warned You 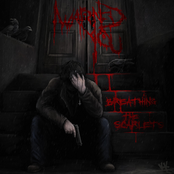 Fuck Your Shadow From Behind

Suffocate With Your Fame