Oscar-winning actress Gwyneth Paltrow sang in the movies "Duets" (2000), "Country Strong" (2010), and on the television episodes "The Substitute", "Sexy" and "A Night of Neqlect" of Glee (2010 and 2011). "Duets" spawned two hit singles in Australia, with Gwyneth Paltrow and Huey Lewis` "Cruisin'" spending two weeks at #1 on the Australian singles chart, and Paltrow's "Bette Davis Eyes" peaking at #3. She has signed a 900 000$ record deal with Atlantic Records and will release her first full-length album. 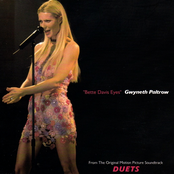