Gio (born 6 April 1990, Madrid, Spain) is a Spanish singer, actor, songwriter and producer. He started his career singing Gospel music in different choirs from Madrid, earlier he becomes one of a member mixband called D-ViNe, who were finalists on the TV show Salvemos Eurovision in 2008 to represent Spain in the Eurovision Song Contest 2008 with the song "I Do You". In 2008, he signed with AMZ Records after being seen on television by the director of the record company, but that didn't work. 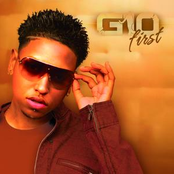