George Nozuka (b. April 28, 1986) is a Canadian R&B singer of mixed descent (Japanese/Caucasian). The first single from his debut album Believe is "Talk to Me". In the week of October 27, "Talk to Me" peaked at #1 on the MuchMusic Music Video countdown. On August 24th, 2007 his third hit "Last Time" peaked #1 on the much music DAILY 10. George Nozuka is a nephew of actor Kyra Sedgwick, who is currently the star of the television series The Closer. 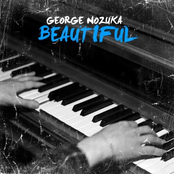