Flake Music was a band from Albuquerque, United States led by James Mercer before he dropped the project in favor of his side-band, The Shins. In fact, James brought along the entire band with him and they formed under their new name. They released one album "When You Land Here, It's Time To Return". 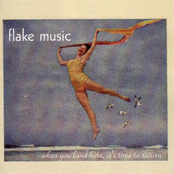 When You Land Here, It's Time to Return 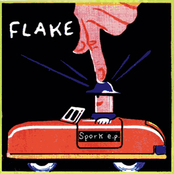 The Apples in Stereo

Someone Still Loves You Boris Yeltsin