Eskimeaux (renamed Ă“, now know as Gabby's World) was originally a project started by Gabrielle Smith. It was a compulsive audio diary, used as a way to document physical stasis and emotional transience that one experiences while living in New Jersey. Through various six-degrees-of-separation connections, Gabrielle and Benjamin Schurr met in 2007 and after being heavily influenced by his project Br'er, they began working on music together. After the completion of their first collaborative record 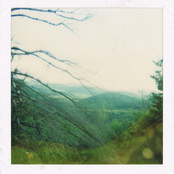