Formed as a power trio in early 2006, Equaleyes began touring through Idaho, Utah & Colorado with a blend of rock, reggae, funk & bluegrass. When the group brought onboard a fourth voice with keyboards and accordian in late 2007 they infused a pop-electronic sound to their already diverse repitoir. Armed with their sophomore album, While I’m Alive (7/22/08 release), Equaleyes is attracting both young & old to the dance floors each time they play. 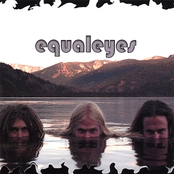