EMBLEM3 is an American pop rock/reggae band from Sequim, Washington, consisting of brothers Wesley and Keaton Stromberg, and Drew Chadwick. In 2013, they signed with Simon Cowell's record label Syco Records and Columbia Records after finishing fourth on the second season of The X Factor USA. Their first single after being signed, "Chloe (You're The One I Want)," was released on April 15, 2013, and their debut album, entitled Nothing to Lose, was released on July 30, 2013. 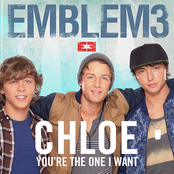 Chloe (You're the One I Want) 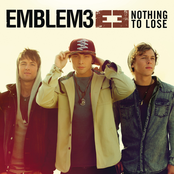