Dean Buffalini (born February 23, 1964 in Monaca, Pennsylvania) is an American country music singer-songwriter. He is more commonly known by the stage name Dusty Drake, a name which he assumed after being mistakenly identified as "Dusty" at a concert. Drake played various venues in his native Pennsylvania for several years before moving to Nashville, Tennessee, eventually having his material cut by Joe Diffie, Mark Chesnutt and The Oak Ridge Boys. 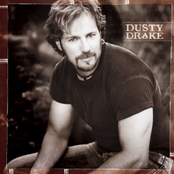