Donnie is the newest male solo artist from the United States on Bad Boy Records. He was originally trying out for a spot in the group that we know now know as Day26, but Diddy saw potential in him a solo artist. His debut album is slated for an April release and features the single "Take You There" with Diddy, and other songs such as "Spank Me", and "So Over U". From Donnie's Official Myspace Page: Donnie is a member of ASCAP and the Screen Actors Guild. 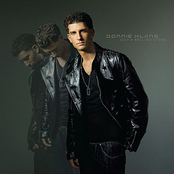