DevontĂŠ "Dev" Hynes, also known as Blood Orange and formerly Lightspeed Champion, is a British singer, composer, songwriter, producer and author. He has written for artists such as Florence and the Machine, Diana Vickers and The Chemical Brothers on their 2007 Grammy award winning album We Are the Night. He is currently signed to Domino Records. The name 'Lightspeed Champion' comes from a series of comic strips Hynes drew as a teenager in his school mathematics books. 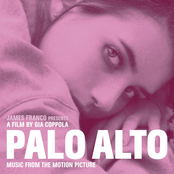