Her multicultural background is based on her mother being half Rumanian and half Hungarian and her father being Lebanese. Her love for R N B & Hip Hop music mixed with the oriental flavor might give you clue what this is all about and why she was No 1 on every chart in the middle east with the song “AIWA”. The song AIWA and the whole album was written by herself and her producer Tony Nilsson. The album sold Platinum in the Middle East and was a success in several parts of Europe, Asia and Scandinavia 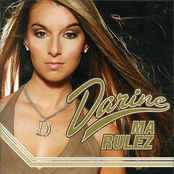