Dan Auerbach (born Daniel Quine Auerbach on 14 May 1979 in Akron, Ohio) is an American musician. A multi-instrumentalist, Auerbach is best-known as the guitarist and vocalist for The Black Keys, a blues/rock group from Akron, Ohio. Auerbach grew up in a family with musical roots. His second cousin once removed was the late guitarist Robert Quine, an American guitarist known for his innovative guitar solos. Auerbach became infatuated with blues music during his childhood after being exposed to old records by his father. 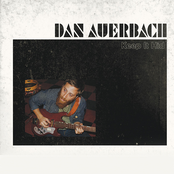