Core Effect has created a monster this year. Its name is The Rubicon! Formed in 2007, Core Effect is a Detroit based regional band whose music has been described as heavy, modern, hook driven rock with an experimental edge. The band has been compared to the likes of Seether, Foo Fighters, and Alice in Chains yet has carved out their own very distinct sound. In 2012, their progressive sound and trademark harmonies are as prevalent and powerful as ever. They have pushed their music envelope to the point of no return. Hence, THE RUBICON. 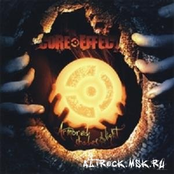