1.) Closure is a post-punk band from Malang formed on September 2016. The idea came from two poser teenager Afif (SHEWN) and Ikhsan a.k.a Biting (The Coming Backs) who were jamming in studio playing Peterpan's, Indonesia's pop band, until they bored. Then Ikhsan spontaneously hit post punk pattern drum. Finally, Afif propose the idea to continue this project and inviting their friends to join this project then Bella and Axel joined. At first, Afif tried to be on vocal and lead guitar, but his bad vocal said otherwise. 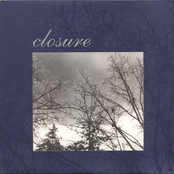