Born in Beirut in 1974, Claude Chalhoub began studying the violin at the age of eight and initially played Arabic music. He was awarded a prestigious Queen Elizabeth scholarship by London’s Royal College of Music, chosen to be concertmaster in Daniel Barenboim's "West-Eastern Divanî". What would you expect of a man who grew up in a family of 11 children? Probably learned to talk loud enough to make himself heard. And if he taught himself to play 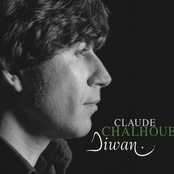