He is best known as the reserved half of the Cool-Kids. With a relaxed rapping style and an interesting lyrical foundation in his verses, it probably shocks most that he is also a very talented producer. His tracks have been related to summer jams from the 80's and with no sampling noted to date, he draws his audience mostly from the Chicago and LA rap fans. Having done a large portion of the cool-kids releases as well as featuring in other illRoots releases, he is considered a force to be reckoned with(in the near future). 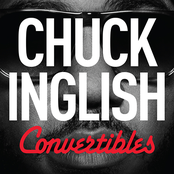