Charlie Poole (March 22, 1892 - May 21, 1931) was an American old time banjo player and country musician and the leader of "Charlie Poole & the North Carolina Ramblers", an American old-time string band that recorded many popular songs between 1925 and 1931. Charlie was born in Spray, now part of Eden, Rockingham County, in the northern Piedmont region of North Carolina, near the Virginia border. He learned banjo as a youth. Poole also played baseball, and his three-fingered playing technique was the result of a baseball accident. 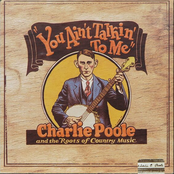 You Ain't Talkin' to Me: Charlie Poole and the Roots of Country Music