Casey Weston is a singer-songwriter living in Naples, Florida. Casey began performing her original songs and covers that have inspired her in 2006. In the fall of 2009 Casey ventured into the studio to cut her self-titled EP, “Casey Weston.” Casey became known outside Florida and Nashville by becoming one of the final 16 contestants on NBC’s new smash hit series The Voice! Casey comes from a family athletes but she has always had an interest in music and performing. 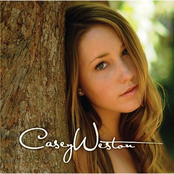