Cal Smith (born April 7, 1932) is an American country musician, most famous for his 1974 hit "Country Bumpkin." Career He was born with the name Calvin Grant Shofner on April 7, 1932, in Gans, Oklahoma, and was raised in Oakland California. He began his music career performing at the Remember Me Cafe in San Francisco at the age of fifteen, but he was not financially successful at first. Throughout the 1950s, he was not able to continue his music career, so he worked at various other jobs, including truck driving and bronco busting. 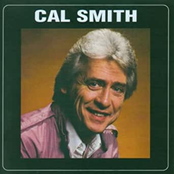 My Kind of Country