Brad Johner, born in 1966 in Midale, Saskatchewan, Canada, is a country music singer. Brad Johner grew up in Saskatchewan playing music in his family band. When he was 16, Brad won a National Talent Contest during Country Music Week in Hamilton in 1982. He spent 6 years maintaining his solo career before teaming up with his brother Ken to form The Johner Brothers in 1988. After 14 years, 6 albums (including their Greatest Hits), 26 singles, 1 Canadian 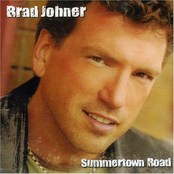