BlueBob is an album of music cowritten and performed by David Lynch and John Neff. Two of the album's tracks, "Mountains Falling" and "Go Get Some," appeared in Lynch's film Mulholland Drive. A music video for "Thank You, Judge" was featured on Lynch's official website, starring Naomi Watts as the wife, Eli Roth as her boyfriend, Lynch as Billy Groper and Neff as the main character. 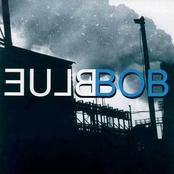