Barbie as an artist name can refer to four different artists: 1. Barbie (the doll) who has starred in many CG movies, the soundtracks of which are generally available seperately. 2. Barbie was the 1985-1987 solo project of Alexander Bard, of Bodies Without Organs fame. Dressed up as a transvestite prostitute he shocked an entire nation on swedish state television and released an album and five singles. During his dragqueen act at clubs he came in contact with the people with which he later formed the group Army of Lovers. 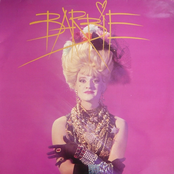