Asie Payton (1937-1997) was a blues musician who lived most of his life in Holly Ridge, Mississippi, in the Mississippi Delta. He sang and played the guitar, but made his living as a farmer. Near the end of his life he recorded one album, Worried, for the Fat Possum Records label, which was released after his death. 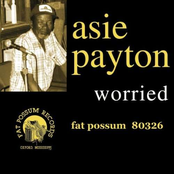 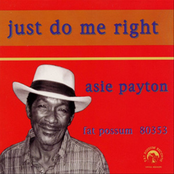 Just Do Me Right