Anna Kendrick (born August 9, 1985) is an American actress and singer. She rose to international fame after her performance as Natalie Keener in Up in the Air, for which she received an Academy Award nomination for Best Supporting Actress. Her other notable work includes Into The Woods, The Twilight Saga, Camp, Rocket Science, Scott Pilgrim vs. the World, 50/50, End of Watch, Pitch Perfect, and the Broadway musical High Society, for which she received a Tony Award nomination. 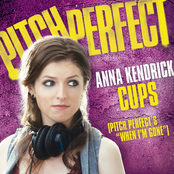