Adel Salah Mahmoud Eid El-Tawil (born August 15, 1978 in Berlin) is a German singer, songwriter and producer. He is well known for being part of The Boyz and Ich + Ich. In 2013, he released his first solo album Lieder. The first single Lieder went straight to #2 in the German Single Charts. 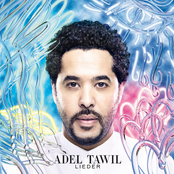