Adam Levine (born Adam Noah Levine; March 18, 1979 in Los Angeles, California, U.S.) is an American singer-songwriter, multi-instrumentalist, and actor, widely known as the lead vocalist for the Los Angeles pop rock band, Maroon 5. Born and raised in Los Angeles, California, Levine began his musical career in 1994, when he co-founded the alternative rock band Kara's Flowers, of which he was the lead vocalist and guitarist. After the commercial failure of their only album, The Fourth World (1997), the band split up. 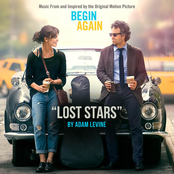