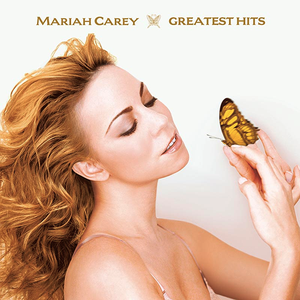 Greatest Hits is the second compilation album by American singer Mariah Carey, released in the United States on December 4, 2001 by Columbia Records. It is a greatest hits double album: CD 1 is primarily a collection of Carey's hits from 1990 to 1995, while CD 2 is primarily a collection of hits from 1996 to 2000. In 2011, the album was re-issued outside the US with the same track listing, under the title of The Essential Mariah Carey. In 2012, The Essential Mariah Carey was released in North America with a slightly different track listing, replacing some hits with their extended club mixes, and others being completely removed in favor of tracks that had not been released as singles. Much of the artwork inside the album booklet is very similar to that of the Greatest Hits release. Commercially, the album experienced a modern success selling 4 million copies worldwide. User-contributed text is available under the Creative Commons By-SA License; additional terms may apply.