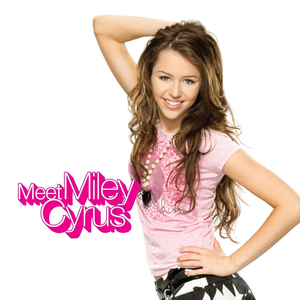 Meet Miley Cyrus is the debut studio album by American singer Miley Cyrus. It was released as a double album, including the soundtrack for the second season of the television series Hannah Montana on disc 1 and Miley Cyrus' debut album on disc 2, both containing 10 songs. The album was reissued on digital platforms as standalone albums in 2021. Both albums were further promoted with Cyrus' first headlining concert tour, entitled the Best of Both Worlds Tour (2007â€“2008). User-contributed text is available under the Creative Commons By-SA License; additional terms may apply.