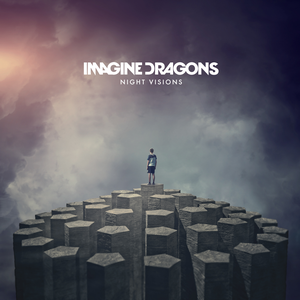 "Night Visions" is the debut studio album by American pop rock band Imagine Dragons. It was released on September 4, 2012, through Kidinakorner and Interscope Records. The extended version was released on February 12, 2013, adding three more songs and the UK release of the album was on March 26, 2013. Recorded between 2010 and 2012, the album was primarily produced by the band themselves, as well as English hip-hop producer Alex da Kid and Brandon Darner from the American indie rock group The Envy Corps. It was mastered by Joe LaPorta. According to frontman Dan Reynolds, the album took three years to finish, with six of the album's tracks being previously released on multiple EPs. Musically, "Night Visions" exhibits influences of folk, hip hop and pop. User-contributed text is available under the Creative Commons By-SA License; additional terms may apply.