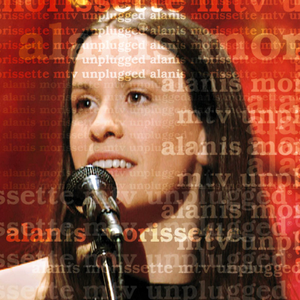 MTV Unplugged is the first live album by Canadian singer-songwriter Alanis Morissette, released by Maverick Records in the United States on November 9, 1999. It comprises songs performed by Morissette on the television program MTV Unplugged. Twelve tracks were included on the album, but Morissette performed several others, including "Baba", "Thank U" (both from 1998's Supposed Former Infatuation Junkie) and "Your House" (the hidden track on 1995's Jagged Little Pill), during her Unplugged concert. The first single, "That I Would Be Good", was moderately successful, and two other tracks, "King of Pain" (a cover of the song by The Police) and "You Learn" were released as singles outside North America. In addition to material from Morissette's first two U.S. albums, MTV Unplugged featured performances of three previously unreleased songs from her tours: "No Pressure over Cappuccino", "Princes Familiar" and "These R the Thoughts". Morissette has stated that "Princes Familiar" in particular is one of her favourite and most vocally challenging songs. User-contributed text is available under the Creative Commons By-SA License; additional terms may apply.