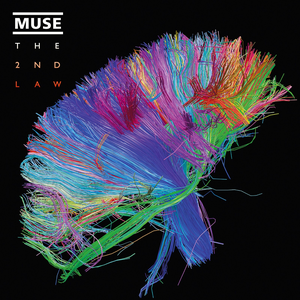 The 2nd Law is the sixth studio album by English alternative rock band Muse, released throughout most of the world on 28 September 2012, and elsewhere on 2 October 2012. "Survival" was released as the album's first single on 27 June 2012. Premiering on BBC Radio 1's Zane Lowe show, along with the song's counterpart intro, "Prelude", the song served as the official song of the London 2012 Olympics Games. "Madness" was revealed as the second single by Muse in an interview with NME magazine. Released on August 20, 2012, it was announced that the song "Madness" would make its world premiere on BBC Radio 1 at 19:30 BST, but the track was leaked online beforehand, due to an unintentional early release in South Korea. "Panic Station" was released as a promotional single from The 2nd Law in the days leading up to its release on 24 September 2012. Its first airplay occurred on British alternative music station XFM. The band performed this track, as well as "Madness" on the 6 October 2012 episode of Saturday Night Live. "Follow Me" was revealed as the third single when several promo CD's allegedly sent to radio stations appeared on eBay.The official lyric video was released on Muse's YouTube channel on 1 November 2012. "Supremacy" was announced as the fourth single by Muse on 16 January 2013 along with the release of a lyric video. The title as well as the artwork are science-related: The law in the title is a nod to the Second Law of Thermodynamcis whereas the artwork features a rendering of the connections in a healthy brain by the Human Connectome Project. User-contributed text is available under the Creative Commons By-SA License; additional terms may apply.