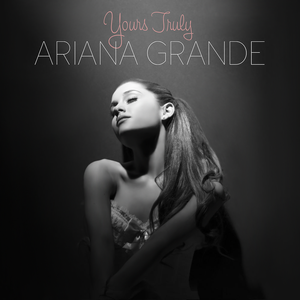 Yours Truly is the debut studio album by American recording artist Ariana Grande. Formerly titled Daydreamin', the album was released on August 30, 2013 through Republic Records. Incorporating R&B, pop and soul, Yours Truly was influenced by Whitney Houston, Amy Winehouse, Christina Aguilera and Mariah Carey amongst other of Grande's idols. Grande described the album's first half as a "throwback" to the R&B music of the 1990s, and the second half being "very unique and very special that I've sort of written" which is completely original. The album's physical copy features a twelve-track standard edition, while the digital copy features the Spanglish version of "The Way" as a bonus track. On the album, Grande co-wrote six out of the thirteen tracks. User-contributed text is available under the Creative Commons By-SA License; additional terms may apply.