Album: The Kick Inside 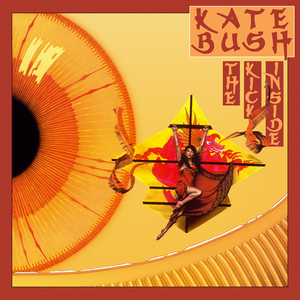 The Kick Inside is the debut studio album by English singer-songwriter and musician Kate Bush . It was released on 17 February 1978 and contains her UK number one hit, "Wuthering Heights". The album peaked at number three on the UK Albums Chart and has been certified Platinum by the British Phonographic Industry. The production included efforts by several progressive rock veterans, including Duncan Mackay, Ian Bairnson, David Paton, Andrew Powell, and Stuart Elliott of The Alan Parsons Project, and David Gilmour of Pink Floyd. According to the Guinness Book of World Records, Kate Bush is the first woman in pop music history to have written every track on a million-unit-selling debut LP. She also became the first female artist with a self-penned #1 song in the UK. User-contributed text is available under the Creative Commons By-SA License; additional terms may apply.