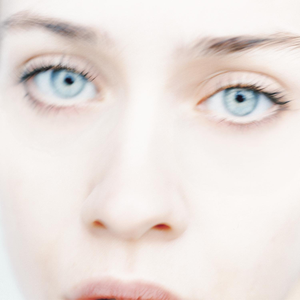 "Tidal" is the debut studio album by American singer-songwriter Fiona Apple, released in the United States on July 23, 1996, by Work Records and Columbia Records (Sony Music). According to Nielsen SoundScan, it was certified 3x platinum by the RIAA in December 1997. Tidal produced six singles: "Shadowboxer", "Slow Like Honey", "Sleep to Dream", "The First Taste", "Criminal" and "Never Is a Promise". "Criminal", the album's most popular single, won a 1998 Grammy Award for "Best Female Rock Vocal Performance" and was named the single of 1997 in a poll of Rolling Stone readers. "When I did Tidal," Apple said in 2000, "it was more for the sake of proving myself; telling people from my past something. And to also try to get friends for the future. Tidal was received well by critics, with Jenny Eliscu of Rolling Stone and Richard Harrington of The Washington Post describing it as a mature effort comparable to the work of singer/songwriters Alanis Morissette and Tori Amos. In 2010, Rolling Stone ranked the album at number 83 among the 100 greatest albums of the 1990s. The following year, Slant Magazine placed it at number 74. The album is featured in the book 1001 Albums You Must Hear Before You Die. As of July 2016, the album has sold 2.9 million copies in United States. User-contributed text is available under the Creative Commons By-SA License; additional terms may apply.