Album: In the Lonely Hour 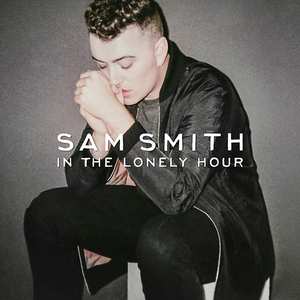 In the Lonely Hour is the debut studio album by English singer Sam Smith. It was released in the United Kingdom on 26 May 2014, via Capitol UK and Method Records. In the United States, it was released on 17 June 2014 through Capitol Records America. The album includes the hit singles "Money on My Mind" and "Stay with Me", both of which were number one in the UK; the latter becoming a hit worldwide, peaking in the top ten in over 20 countries, including reaching number two in the US. The album's third hit single, "I'm Not the Only One", reached number three in the UK and number five in the US. A deluxe edition of the album contains five bonus tracks, including a solo acoustic version of Disclosure's single "Latch" and Naughty Boy's number-one single "La La La", on both of which Smith provided guest vocals. When In the Lonely Hour was released, it received mostly lukewarm reviews from critics, many of whom praised Smith's singing but were critical of the songwriting. The album was a commercial success worldwide, reaching number one in Australia, Ireland, New Zealand, South Africa, Sweden and the United Kingdom. It was the second best-selling album of 2014 in the UK, and the third best-selling in the United States. It was nominated for Album of the Year and Best Pop Vocal Album at the 57th Annual Grammy Awards, winning the latter and losing to Morning Phase by Beck in the former. In the Lonely Hour also received a nomination for Best British Album at the 2015 Brit Awards; the accolade ultimately went to Ed Sheeran for x. The album was re-released in November 2015 as In the Lonely Hour (Drowning Shadows Edition), which features 12 new tracks, including the Disclosure single "Omen" (which features vocals from Smith), the Comic Relief version of "Lay Me Down" featuring John Legend, and a cover of Amy Winehouse's "Love Is a Losing Game". User-contributed text is available under the Creative Commons By-SA License; additional terms may apply.