Album: Shake It Off 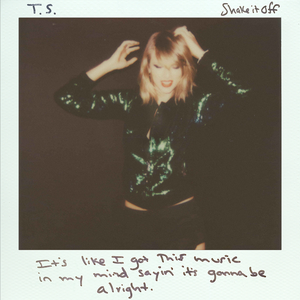 1989 is the upcoming fifth studio album by American singer-songwriter Taylor Swift, scheduled to be released on October 27, 2014 by Big Machine Records. Swift began planning her follow-up project in 2013 and continued work into 2014, during which time Swift collaborated with producers including Max Martin and Shellback. Their efforts resulted in her "first documented, official pop album", which represents a musical departure from the country pop styles in her earlier work. "Shake It Off" was serviced as the lead single from 1989 on August 18, 2014. User-contributed text is available under the Creative Commons By-SA License; additional terms may apply.