Album: Thinking of You 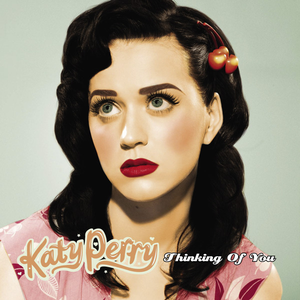 "Thinking of You" is the third single of Katy Perry from her 2008 album One of the Boys. It is one of three tracks from the album written solely by Perry and the first single since "Ur So Gay" to be produced by another producer (Butch Walker), besides Dr. Luke. Perry performed the song as the official single of her hit album, One of the Boys for the first time on MuchMusic HQ's MuchOnDemand on December 15, 2008. "Thinking of You" also features on the compilation CD's Now That's What I Call Music! 72 and Now That's What I Call Music! 30 of the UK and US respectively. The song was included in the international soundtrack to India, a Love Story, an Emmy-winning Brazilian telenovela, which helping to propel "Thinking of You" up the charts in both Brazil and Portugal, where the telenovela is shown. User-contributed text is available under the Creative Commons By-SA License; additional terms may apply.