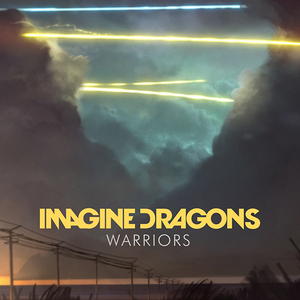 "Warriors" is a song by American pop rock band Imagine Dragons, used by Riot Games for a music video promoting the League of Legends 2014 World Championship. It was also included on the band's second studio album, Smoke + Mirrors. In addition, "Warriors" was used as the official theme song for the WWE 2015 Survivor Series. It is featured in The Divergent Series: Insurgent â€“ Original Motion Picture Soundtrack, in the official trailer of USA Network's TV show Colony, and the final trailer for Wonder Woman. The song was released digitally as a single on September 18, 2014. The music video for the song was the most viewed League of Legends video online, with over 200 million views, until K/DA's Pop/Stars surpassed it in 2019. It was also the Official Song of the 2015 FIFA Women's World Cup in Canada. It was also used as a warmup song for the 2016 MHSAA Boys Volleyball Champion Selkirk Royals. In early 2020, the song was used by Edda Hayes and 2WEI for the Season 2020 Cinematic of League of Legends. It has also been used in the Korean horror television series Sweet Home released in December 2020, almost 6 years after its original release. User-contributed text is available under the Creative Commons By-SA License; additional terms may apply.