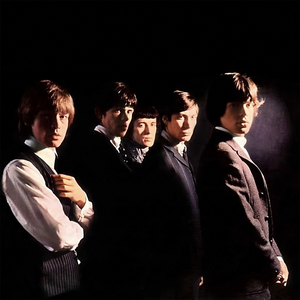 The American version of the album, originally subtitled but later officially called England's Newest Hit Makers, is the band's debut American album and was released by London Records on 30 May 1964, a month and a half after the British version. The track "Not Fade Away" (the A-side of the band's third UK single) replaced "I Need You Baby", and the titles of the tracks "Now I've Got a Witness (Like Uncle Phil and Uncle Gene)" and "Tell Me (You're Coming Back)" were shortened to "Now I've Got a Witness" and "Tell Me" on most versions of the American release. Upon its release, The Rolling Stones reached No. 11 in the US, going gold in the process. To date, this is the Stones' only American studio album that has failed to place in the top five on the Billboard album charts. In August 2002, the album, by now officially called England's Newest Hit Makers, was reissued as a new remastered CD and SACD digipak by ABKCO. User-contributed text is available under the Creative Commons By-SA License; additional terms may apply.