Album: Rid of Me 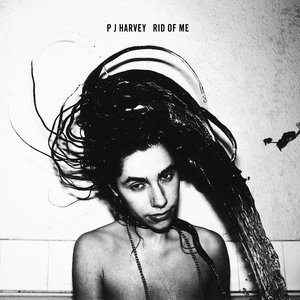 Rid of Me is the second studio album by English singer-songwriter and musician PJ Harvey. It was released by Island Records in May 1993, approximately one year after the release of her critically acclaimed debut album Dry. It marked a departure from Harvey's previous songwriting, being more raw and aggressive than its predecessor. The songs on Rid of Me were performed by Harvey's eponymous trio, consisting of Harvey on guitar and vocals, Rob Ellis on drums and background vocals, and Steve Vaughan on bass. It was the last album they recorded as a group before disbanding in late 1993. Most of the songs on the album were recorded by Steve Albini. Rid of Me was met with acclaim by critics. It has been ranked at number 153 on Rolling Stone's 500 Greatest Albums of All Time (up from 406 on the list's previous edition). User-contributed text is available under the Creative Commons By-SA License; additional terms may apply.