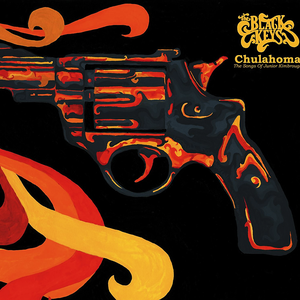 Chulahoma: The Songs of Junior Kimbrough is the second EP by American blues rock duo The Black Keys. Essentially a tribute album, it is a collection of the band's cover versions of songs by Fat Possum Records bluesman Junior Kimbrough, who died in 1998. The title is a reference to Chulahoma, Mississippi, location of "Junior's Place", a juke joint bought by Kimbrough around 1992 and operated after his death by his sons until it burned down on April 6, 2000. The Black Keys have covered Kimbrough in their 2002 debut album, with "Do the Rump", and with "Everywhere I Go" on their second record Thickfreakness. In 2005, they contributed a "My Mind is Ramblin'" cover to the Sunday Nights: The Songs of Junior Kimbrough tribute compilation, which also features Iggy Pop & The Stooges and Spiritualized. Chulahoma was recorded in the basement of 54 Metlin Rd. in Akron, Ohio, and was the band's last record with Fat Possum Records, as they subsequently signed to Nonesuch Records. User-contributed text is available under the Creative Commons By-SA License; additional terms may apply.